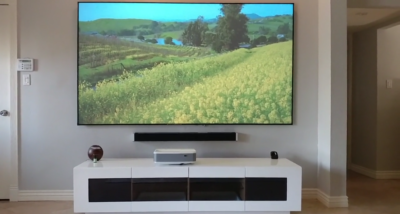 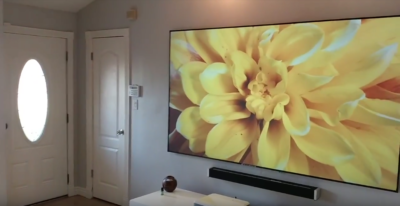 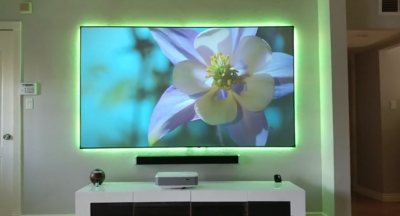 Tell us about a project in which you used this product?

The CLR® projector screens present a fantastic element to residential media rooms in particular. In Phoenix Arizona, Thomas shows off the superb installation he created using an Optoma GT-5500 ultra short throw (UST) projector. It replaced the household TV screen with a larger-than-life image that enhances the décor of his home while inspiring his friends to go do the same.

“I waited for a few months for this to be back in stock. Trust me I looked at many other options and I am glad I waited.”-Thomas: Phoenix, Az. Homeowner

Most home owners don’t want to sacrifice the functionality of an entire room in order to create a “video-cave”.  This is where ALR (ambient light rejecting) technologies really demonstrate their true value.  ALR screens allow the projection array to present a bright clear image that is not washed out by the effects of ambient light.  A drawback to this feature has been an ALR’s inability to know the difference between ambient light and the short-range scattered projection of a UST (ultra short throw) projector.  Elite Screens solved this problem with the introduction of CLR® or “Ceiling Light Rejecting®” technology.  With CLR®, a large image can be achieved using a UST  projector at its customary short range while overhead and other off-axis lighting is conveniently channeled away from the viewer’s line of sight. Thomas “TJ” in Phoenix, Arizona had the same concept in mind; a short throw ALR setup will dwarf an expensive large flat panel display with the same brightness and clarity…for less.

Think about this for a moment.  A good 84” flat panel currently retails (2017) for somewhere north of $7000.  The higher quality projector and CLR® screen dwarfs that 84” panel with a massive 100” image at a small fraction of the cost. Since it’s a short throw, you can move about the room as you please without casting a shadow on the screen.   In Thomas’ case, he is using an Optoma GT-5500 (UST) projector and 100” Aeon CLR® screen as the ideal TV solution for his well lit home.  The Optoma GT-5500 delivers 3500 lumens brightness in a native 1080p (1920×1080) resolution and has a 25,000:1 contrast ratio. All this means that you get great picture performance at a considerably low price.  It lays out an impressive 100” sized image at less than 2-feet which is perfect for the Aeon CLR®.

The Aeon CLR® is an EDGE FREE CLR® fixed frame screen that uses Elite’s innovative StarBright CLR® (Ceiling Light Rejecting®) material. Its serriform optical surface lens microstructure negates the washout effect of ambient light especially from overhead sources. This also enables the material to provide contrast levels that are 100 times greater than that of standard matte white projection screens. The StarBright CLR® material is specifically designed for ultra-short-throw projectors to provide a large-screen performance in the close quarters of most residential or hospitality industry applications. The EDGE FREE ® screen design features an internal framework with wraparound material bordered with an ultra-thin bezel.  The screen uses a Ceiling Light Rejection® technology. An LED back-lighting Kit is included for added aesthetics and to serve as a stylish light source when the screen is not in use.

“It’s an amazing screen; I’m so happy I bought it.” said Thomas, who put together the installation as a DIY project.  He demonstrated how well the screen performed despite the very high levels of ambient light coming from electric overhead lighting sources, skylights, and windows. The video was made during broad daylight at 5:30pm Phoenix time in April (Sunset occurs about 7pm). “During the night, it’s absolutely amazing…”

he pans away to show all the interior room lighting

“…but we want to see how it looks during the day and you can see how bright it is in my living room.”

Thomas then proceeded to show the screen from various angles while commenting on how easy the screen’s assembly was.  As an added touch, he demonstrated the screen’s LED backlighting kit.

Thomas concluded  by mentioning how much his friends admired his projection array.

“I would recommend this to anybody.  All my friends have already asked about it.  I could not have asked for a better choice.”

*Editor’s note: There is a marked trend in replacing the household TV/Flat Panel display with a larger, more encompassing image. ALR is a great start but it may not be enough. An overhead-mounted projector is great for many applications but in a high-traffic household, you want something that will not be shadowed every time someone walks through the room.  The Aeon CLR® negates this problem so that you get the clear and well defined picture worthy of the finest home entertainment system. 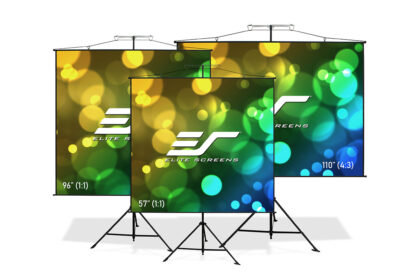 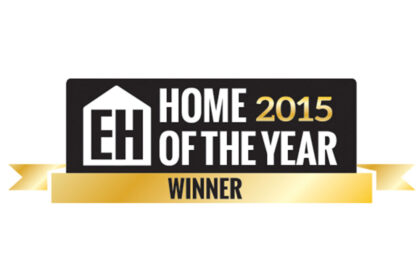 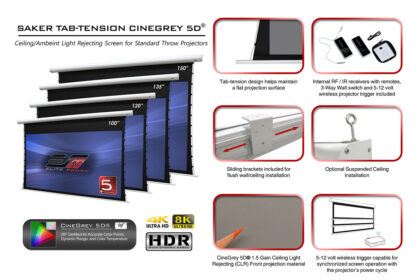 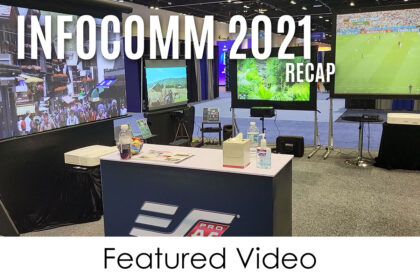 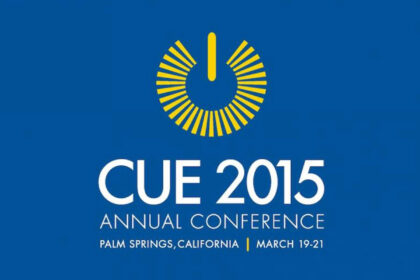